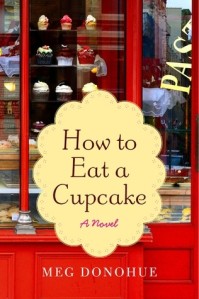 aker and pastry chef, has put a lot of effort into separating herself from her less than romantic past. Her mother was a housekeeper for the very rich St. Clair family and she was raised with their daughter, Julia (in a way). The two girls played together for many years but Annie was always the “poor housekeeper’s daughter” when she went to the private school that her mother’s employer paid for. When rumors were spread around the school that various thefts were committed by the pathetic charity case, and her mother passed away, Annie’s life was ruined and her college career was threatened-and she believes Julia responsible for the rumors.

But Annie has achieved her own life successes and has found her own little niche, baking cupcakes and living among other hardworking and “normal” people like herself. The past is behind her. Until she is asked to provide cupcakes for a fundraiser being held by Mrs. St. Clair, her mother’s previous employer. She knows she should decline, but finds herself accepting the job…And entering the house, once again, in which her mother had passed away…Who should appear, but Julia, the so-called childhood friend, and Annie is forced to face the ghosts of her past, learn the truth about who she really is, and learn that there are mysteries in the St. Clair house that should be brought into the light of day.

This novel, Meg Donohue’s debut into the genre, can be considered chick-lit with a touch of mystery. If you like the chick-lit, you won’t want to miss her special gift for character strength and true human interaction in her work.  Check it out!