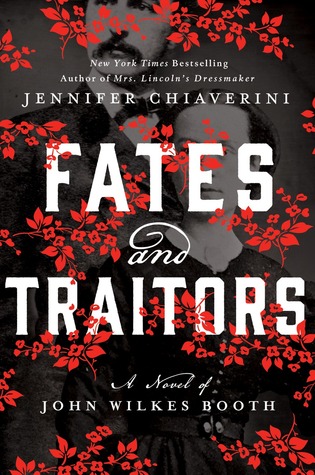 The assassination of President Abraham Lincoln was an event that shattered many lives, involving many more people than is glazed over in middle school history lessons. John Wilkes Booth is portrayed as a crazed actor who decided to murder the president in a theater while he watched a play.

Most people don’t realize that Booth’s actions affected many lives and lead to the ruin of his associates and family members. Fates and Traitors, by Jennifer Chiaverini, examines what if must have been like for three women who never met one another, but whose lives were changed forever that day that Booth committed his crime.

Booth’s mother and siblings, who didn’t even share his political sentiments, lost friends, careers, and met with serious shame and social isolation in the aftermath of the terrible event-and all knowing that their beloved but difficult family member had committed a terrible crime and met with a terrible end.

Miss Lucy Hale was a lovely debutante and daughter of a Union senator who was enchanted by John Wilkes Booth and his charms and found herself dragged into the tabloids when her youthful near-engagement to the assassin was dragged into the media. Heartbroken, she dealt with serious shock and reputation deterioration and her father’s own loyalties were questioned.

Mary Surratt ran a boarding house which served Confederate sympathizers, and her establishment became a place at the center of the plots which eventually lead to the murder of the president. Fringe-involved as she was, she met the noose with the rest of the plotters, leaving her daughter motherless.

So many lives affected by the actions of one man who believed he was saving the country. Fates and Traitors is a great reading choice for American history lovers, especially if you enjoy seeing the lives of women who made history in their own way, but never made it into the textbooks.