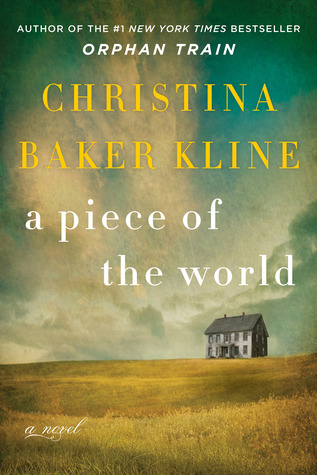 The best-selling author, Christina Baker Kline, most well known for her novel Orphan Train, has outdone herself once again. A Piece of the World, by Christina Baker Kline, is unlike anything else. Poignant, not always kind, but always deep, this novel puts you in the head of Christina, a woman who spent her entire life in a small fishing community, living in a rural area. Inspired by Andrew Wyeth’s painting entitled “Christina’s World”, Christina Baker Kline tells the story of a woman who had a small life, but who is full of incomparable determination and grit.

Cursed with an unknown medical condition from a young age, Christina struggled to undertake tasks that others took for granted. Not one to simply accept a life of infirmity, Christina found ways to contribute just as much as everyone else in her large family. Giving herself to everyone else dutifully her entire life, she was always behind the scenes. Until she wasn’t.

A painter named Andrew Wyeth comes into town and introduces himself to Christina and her brother at their seaside home. He wants to paint the house, the landscape, the garden…Everything. Christina sees something in that painter, and she welcoms him to paint and roam as he pleases. Thus forms a friendship and a connection that would forever change their lives.